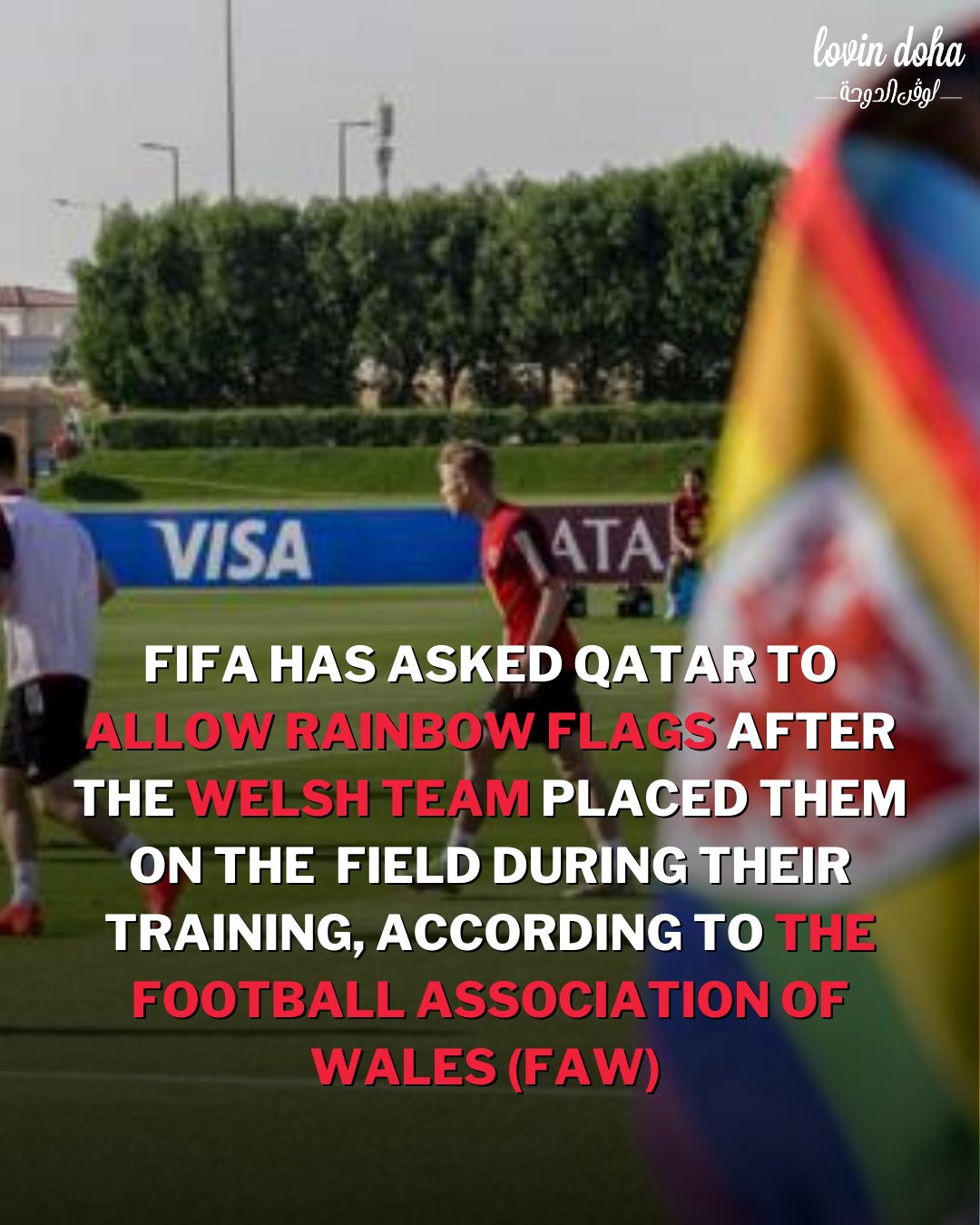 After Iran and Wales got eliminated from the World Cup FIFA issued a public assurance, which mentioned that rainbow banners and objects showing support to Iranian protesters are now going to be allowed inside stadiums. The security staff of the stadiums coordinated by Qatari officials seized goods with inscriptions, like “Women. Life. Freedom” in rainbow colors and kept them from entering the stadiums.

Many European nations, including Wales, had lost their bid to wear multi-color armbands at the times of the matches in the first week of the tournament. A few fans protested that they are not being able to carry goods in rainbow colors which are the symbol of LGBTQ rights inside the stadiums of strict Islamic emirates.


The match between the United States and Iran on Tuesday elicited robust emotions among the supporters of Iran, a few of whom traveled to Qatar not just to support their team but also for supporting the protest movement with flags and banners back home.
A statement made by the World Body of Football said that FIFA is aware of some incidents when permitted items weren’t allowed to be displayed. FIFA now has received some assurance from the authorities that the commanders of the venue have been contacted regarding the agreed rules and regulations for the World Cup 2022 in Qatar. FIFA will keep working closely with the host nation to ascertain that the rules, regulations, and agreed protocols are being implemented properly.
Wales and Iran are not going to play any more matches at the tournament after the result sent the United States and England sent their Group over to the knockout rounds. So, rainbow-colored items are now going to be allowed in the stadiums in Qatar. This is something to look forward to for the supporters.