Football enthusiasts across the European continent will have the chance to enjoy some spectacular occasions this year. Apart from the regular UEFA Champions League and Europa League knockout-phase affairs, the summer 2020 will see the continent’s best national teams battling it out in several cities for the ultimate prize – the European Championship title.

We will go through everything you should need to know about the venues of the final games of each of the aforementioned events. Let’s see which cities got the opportunity to host the big-occasion clashes this year. Football tips will also follow shortly.

The Ataturk Olympic Stadium will have the honour of hosting the Champions League final for the second time in its history. Liverpool’s fans will all remember the venue with a smile on their faces as it is the place where the Reds performed the magic coming back from a three-goal deficit and eventually beating Italian Serie A giants AC Milan on penalties. Steven Gerrard was the hero of the generation. Liverpool are flying high this season in all competitions (Premier League, Champions League, FIFA Club World Championship, FA Cup) and they are the reigning champions having beaten Tottenham Hotspur in the last year’s final. Can Jurgen Klopp’s troops go all the way and defend the title at the familiar venue?

The stadium is located in the western Istanbul and it is the largest venue in Turkey with the 76,761 capacity. The place also holds certificates by the IAAF and IOC as a top-class venue for track and field. The Ataturk Olympic Stadium has 134 entrance gates and 148 exits allowing 80,000 spectators to evacuate within eight minutes. Its attendance record was broken back in the 2002 when Galatasaray hosted Olympiacos Piraeus.

Stadium Energa Gdansk in Poland will play host to the Europa League final for the first time in its history this year. The Polish city won the bid at the expense of Portuguese Estadio Do Dragao who are also in the game for the 2020 UEFA Super Cup. Even though the full name is Stadium Energa Gdansk, the venue will be known only as Stadium Gdanks because of UEFA sponsorship regulations.

The place was among the venues in the 2012 European Championship held in Ukraine and Poland. The stadium with the capacity of 41,620 spectators is home to Ekstraklasa’s Lechia Gdansk and is currently the biggest venue in the Polish top flight. Speaking of all venues in the country, the Energa Gdansk Stadium holds the third place behind National Stadium and Silesia Stadium.

The construction began in 2008 and was completed by 2011 when Lechia Gdansk hosted Cracovia (a 1-1 draw) in the first-ever clash played there. The maiden international affair was the one played on September 6th when Poland hosted neighbouring Germany in a friendly. 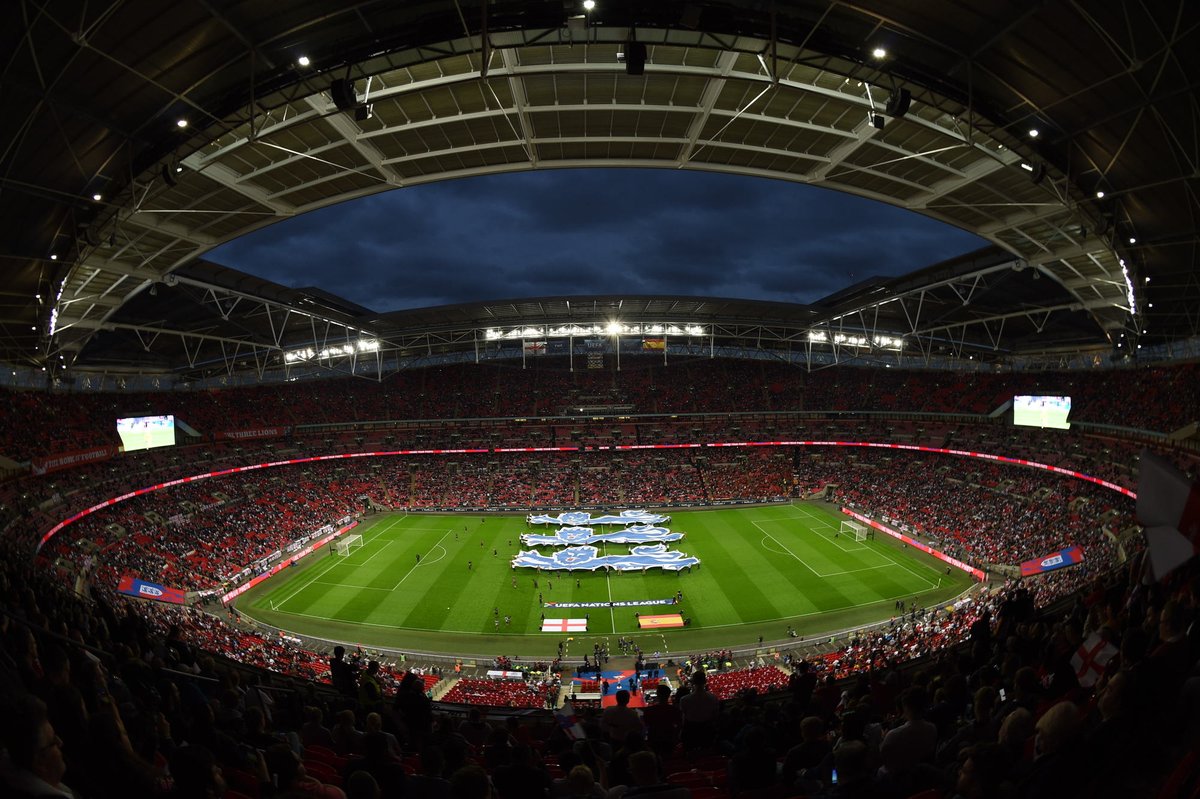 The second-largest stadium in Europe will host the semi-final and the final of the upcoming UEFA EURO 2020. The quadrennial tournament celebrates its 60th anniversary this year and will see its matches played all around the continent. However, the three most important fixtures are scheduled to be held at Wembley.

The biggest UK stadium was opened in 2007 on the site of the famous Wembley Stadium which was demolished in 2002. The old Wembley hosted the 1996 UEFA Euro final. It currently has the capacity of 90,000 spectators and is home to the biggest football events in the United Kingdom. Every single FA Cup final has been played there. There are no doubts the place will offer an electrifying atmosphere on July 12th when two of the best national teams on the continent are about to lock horns in the battle for the silverware.