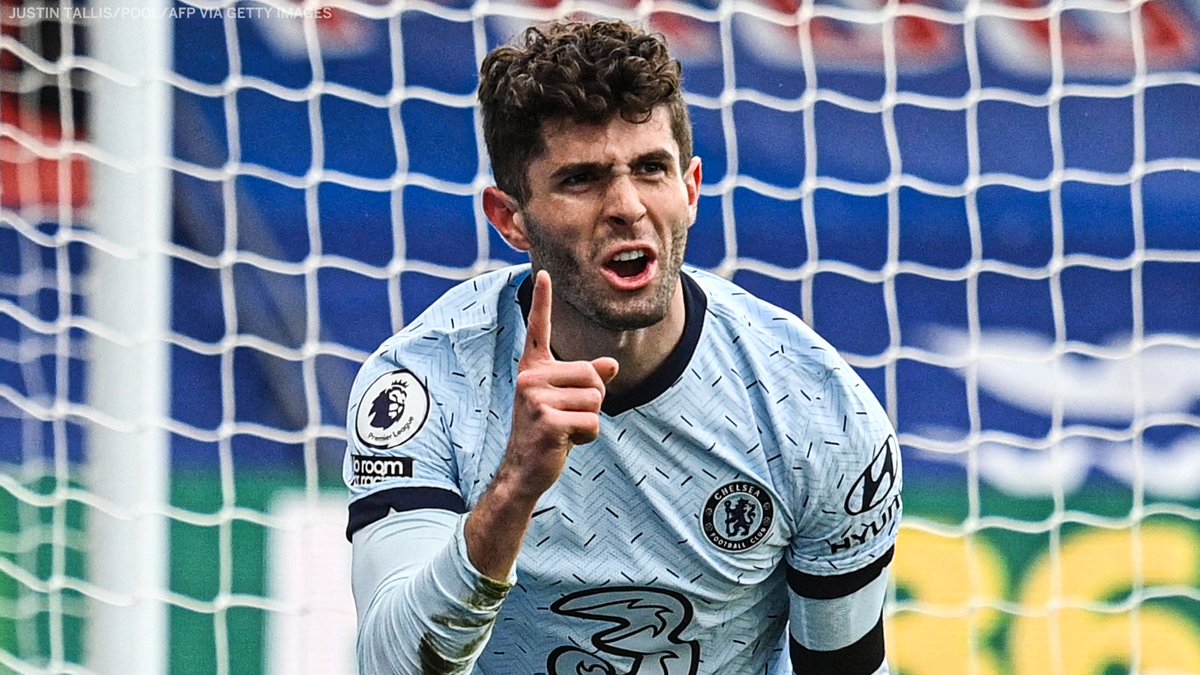 American international Christian Pulisic is back in form after he scored twice for Chelsea in the London Derby victory over hosts Crystal Palace. Pulisic had struggled to make an impact under new manager Thomas Tuchel until earlier on Saturday when his team travelled the short distance to face the Eagles at Selhurst Park.

Pulisic justified his selection in the Chelsea XI with a goal in each half against Palace. The former Borussia Dortmund winger would be hoping to maintain this newfound form so that he can replicate it in the colours of the American national team at World Cup Stadiums next year. Pulisic and the United States missed out the last World Cup tournament in Russia three years ago and the Blues player is determined to make up for lost time at the 2022 edition in Qatar.

For now, the immediate focus is on his club football. He scored the second goal for Chelsea against Palace after German international Kai Havertz had broken the deadlock for the visitors. Havertz turned from scorer to provider for the aforementioned Pulisic goal. Kurt Zouma added a third Chelsea goal via a Mason Mount corner kick as the Blues were rampant in the first half hour at Selhurst Park.

Belgian international Christian Benteke reduced the deficit to two with a well taken goal before Pulisic returned it back to a three-goal deficit with his second goal of the game and the fourth Chelsea goal. The Blues ran out 4-1 winners at the home of Palace and it was more than enough to lift the team above both West Ham United and Liverpool into fourth place.

Christian Pulisic has now scored three goals in his last two games in the Premier League.