The complex art of the free-kick

There are some moments in football that are universally adored by fans. The (all but too rare) diving header, the scissor kick or a mazy dribble down the wing resulting in an inch-perfect cross onto the head of a team-mate.

You’d be hard pressed to find anyone with an interest in the sport who doesn’t enjoy seeing those moments of play out on the football field. And another one that can be thrown into this mix must surely be the expertly dispatched free-kick. You can see below for some great examples.

It goes to show just how much value most teams place on having a top set-piece specialist in a side that those players who can deliver a pin-point delivery from a dead ball (whether from a free-kick or corner) are almost guaranteed a place in their team’s weekly starting XI. When you look at the most accurate dead-ball specialists in Europe this season, that argument is confirmed.

There have been some fantastic free-kick takers over the years, and certain careers have arguably been defined by a player’s ability to deliver such a ball. It’s difficult to think of the careers of Ronaldinho, David Beckham, Roberto Carlos, Andrea Pirlo, Wesley Sneijder, Juan Roman Riquelme, Steve Gerrard, Alessandro Del Piero, Pierre van Hooijdonk, Lionel Messi, Sinisa Mihajlovic, Zico and, of course, Juninho Pernambucano without one of their free-kicks quickly coming to the front of your mind. 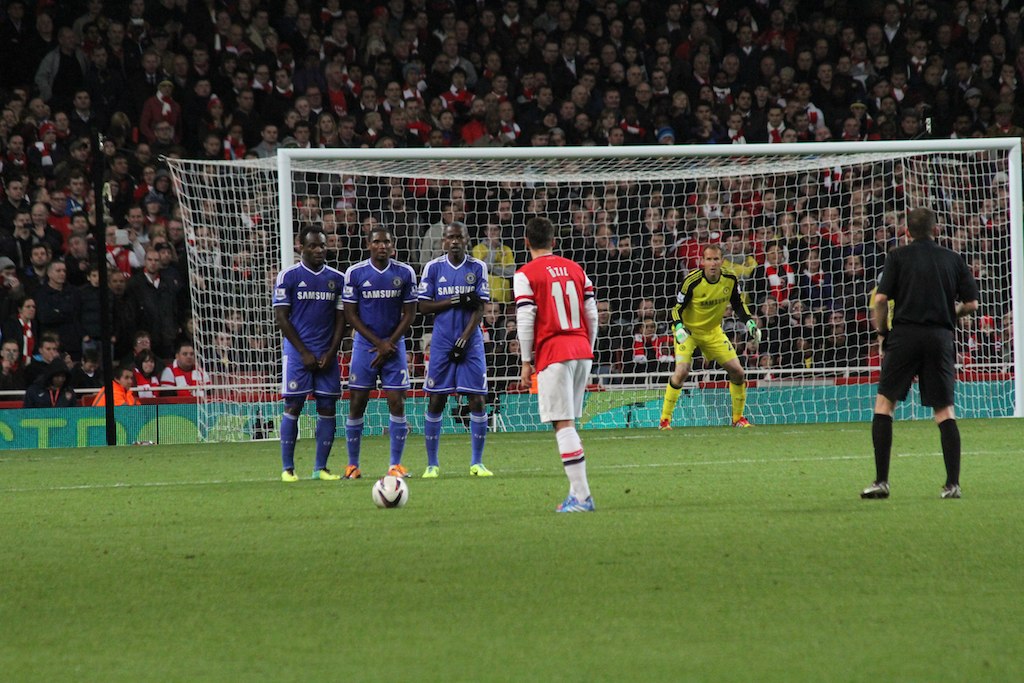 If you had one of these players in your side, you’d be purring at the thought of being fouled anywhere near the box such was their accuracy from these positions. And, in all fairness, this list really is just the tip of the iceberg. We could continue reeling names off for much, much longer, and you will all have your own favourites who haven’t been mentioned in this list.

One of those names that you may well be screaming to be included is that of Rogério Ceni. For the uninitiated, the Brazilian goalkeeper is one of those cult figures who football aficionados love to name-drop from time to time.

Spending almost his entire career at Sao Paulo (he had a short stint with Sinop Futebol Clube), the 42-year-old has played in more than 1200 matches for the club, scoring an almost incredible 127 goals – all from free-kicks or penalties and he is the first goalkeeper to score more than 100 career goals.

One man who has surprisingly been subjected to some criticism for his goal getting from free-kicks is current Ballon d’Or winner Cristiano Ronaldo.

Although he is remembered (especially in British football) for his set-piece taking, the Portuguese attacker is only the 25th most clinical finisher of a dead-ball opportunity across the whole of the European continent, which will certainly raise a few eyebrows.

Indeed, until earlier this month in a Primera División home match against relegation candidates Eibar, Ronaldo had chalked up 56 games without scoring a free-kick. Also, when it did finally arrive, it wasn’t really worth the wait (unless you happen to be a Real Madrid fan, of course), taking a deflection as it passed the wall to deceive the visiting side’s ‘keeper before bouncing into the middle of their net.

Ronaldo’s goals, in whatever form they take, will no doubt prove vital if Real Madrid are going to claw in a 33rd league title from under the noses of fierce Catalan rivals Barcelona and also become the first team in the Champions League era to win back-to-back titles.

Their current form is certainly doing Los Merengues the world of good from that perspective, sitting second as they do only to Luis Enrique’s men in the Spanish league and sneaking into Europe’s elite four once again, thanks to a late Javier Hernandez goal against capital dwellers Atletico Madrid.

That dramatic winner has kept Real on track for a fantastic end to their season and has seen betfair amongst the bookies offering great odds on them landing another European title in Berlin’s Olympiastadion.

So, if Ronaldo is looking for a refresher course in the mastery of the set piece to further improve his side’s odds of landing a league and European cup double, who should he be turning to for inspiration? Here are our top three free-kicks of all time (in no particular order):

David Beckham vs. Greece 2001
One last chance. That’s what the Three Lions had with time ticking away and their hopes of automatically qualifying for the 2002 World Cup in Japan and South Korea seemingly passing by.

Beckham, usually so lethal from set-pieces, had wasted a handful of chances by the time this stoppage-time beauty bent and weaved its way into the corner of Antonis Nikopolidis’ goal. Textbook technique, English qualification salvaged and national hero status secured in one swing of his famous right boot (and with it, any memory of those earlier missed chances unsurprisingly disappeared as well).

Ronaldinho vs. England 2002
The ‘Floating Leaf’ as it became known is one of the most iconic free-kicks in World Cup history, and one that David Seaman must want to forget (but will surely never manage).

Ironically, after qualifying for the 2002 tournament thanks to Beckham’s dramatic goal against Greece, it was another shock-and-awe set piece that sent England crashing out in Asia. Whether he meant it or not is an argument best saved for another day but it was certainly heart wrenching for any Englishman or woman watching on.

Roberto Carlos vs. The Laws of Physics (and France) 1997
Another Brazilian making it into the list is Roberto Carlos. During the World Cup warm-up tournament to France 1998, Tournoi de France, which England actually went on to win, old thunder thighs scored one of the most memorable goals ever to grace a football field – free-kick or otherwise.

From a full 40 yards out, Carlos flew in on one of his trademark beguiling run-ups, smacking a shot that began its trajectory 10 yards outside the left-hand post before bending perplexingly back towards goal just enough to nudge the upright on its way in. Watching it back it is easy to see why it was dubbed the ‘banana shot’.